Thank you to Sharon Furler for submitting these old photos. Two of them appear to be taken at a school, most likely at the Buresh (originally Bureš) School which used to be located just south of the present First Presbyterian Church near Ely, on Spanish Road.

It could be that they are from George Motycka, who used to live near the church and Buresh School.


Click the photos to enlarge them. Once enlarged, if you click it again,
it may enlarge more! 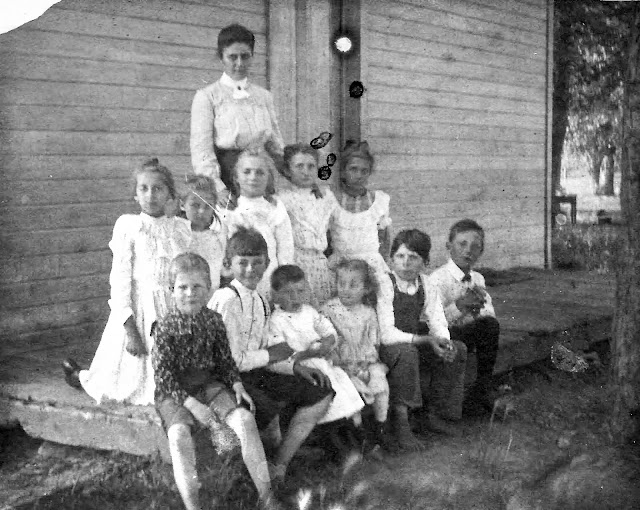 A teacher and her students (back of the photo says "George Motycka, 1904) 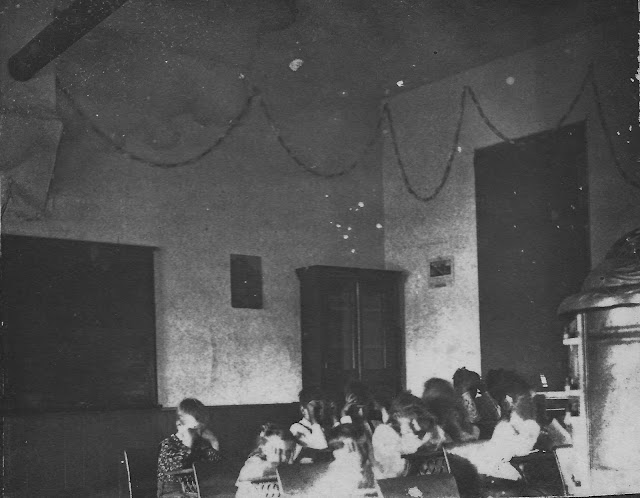 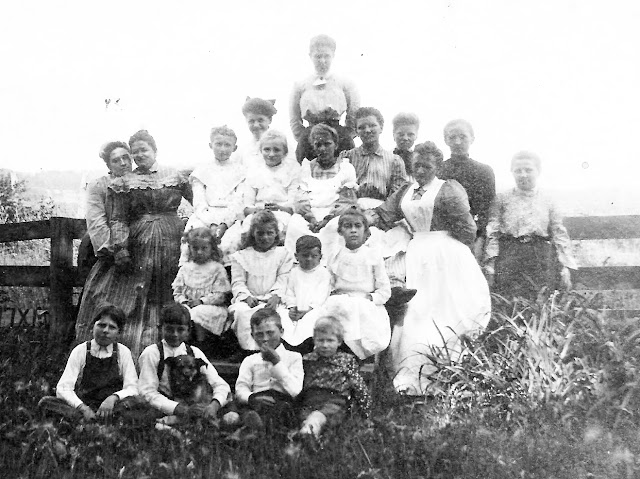 No description on the back of this photo. The women at the top of the photo appears to be the same as in the first photo ... the teacher. 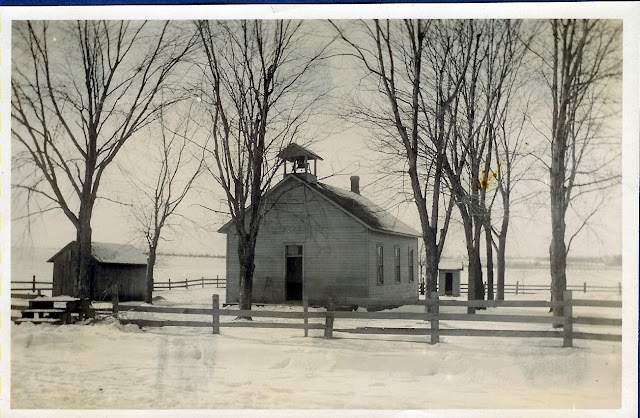 This 1914 map slice shows where the Buresh School was located in College Township, Section 35.