These photos of children in Ely were donated to the ECHS recently. We hope someone will be able to help identify them.

Please click on a photo to enlarge it.  If you can identify someone, please open your email, address it to HistoricEly@yahoo.com.  Go back to your browser & copy the link; paste the link into the email and then identify the child you know and his/her position in the photo.  (For example:  Photo #1 -  Name Surname - 3rd from the left in the back).  Thank you for your help! 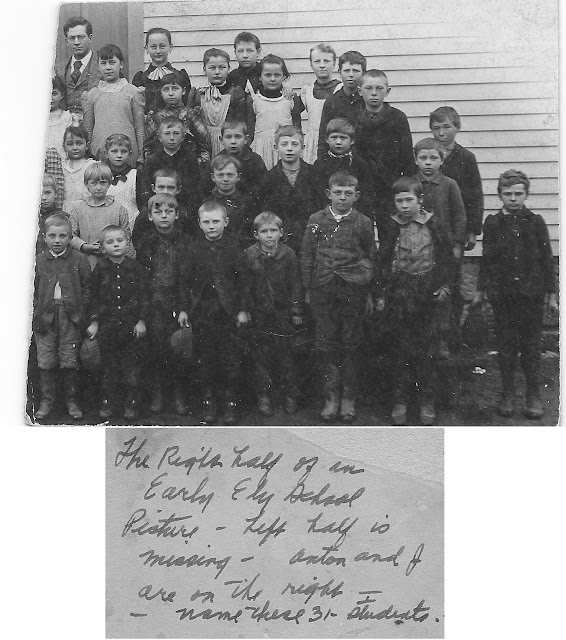 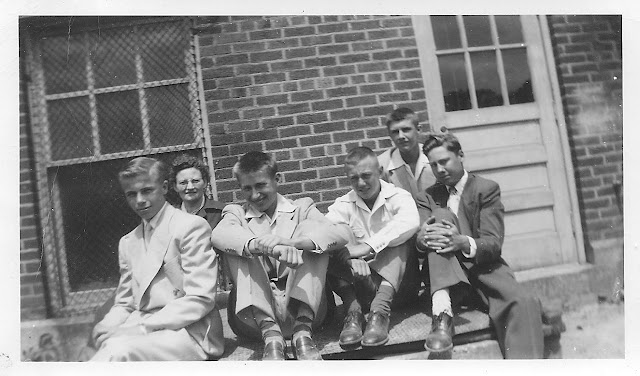 Photo #2
From Don Elias, who formerly lived in Ely, but now lives in Minnesota:  I believe these photos are not of "school children;" they are actually photos of "church children."  The background of these 4 photos is the present brick building that was used as a school [Jappa School] for many years but I think the photos are of the children who attended Sunday School in the school building during the time when the old wooden structure of St; John's Lutheran Church was being torn down and replaced by a brick building.  I think this occurred about 1950. 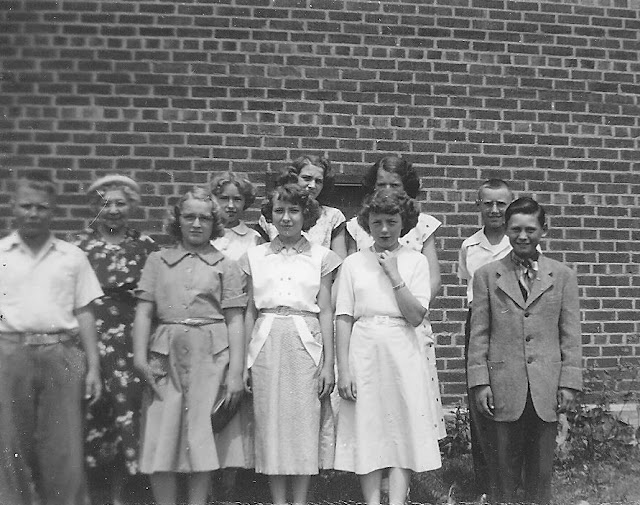 From Don Elias:
Photo #3 has in the front row (left to right) [Jappa School in the background]

Larry Trpkosh who was the grandson of Lizzie Clark and died young
Joan Tessman
Karen Clark who was the daughter of Andy and Grace Clark
Rita Becicka who was the daughter of Leonard and Viola Becicka
Mike Albaugh who lived with Forest and Ann Fuhrmeister
The back row has:
Lavina Nederhiser (I think)
Nargi Rayman Steinbrech
Marilyn Jensen Cook
Elaine Jensen (I don't know her married name - she had a clothing store in Solon many years ago)
Norman Rayman (I think) 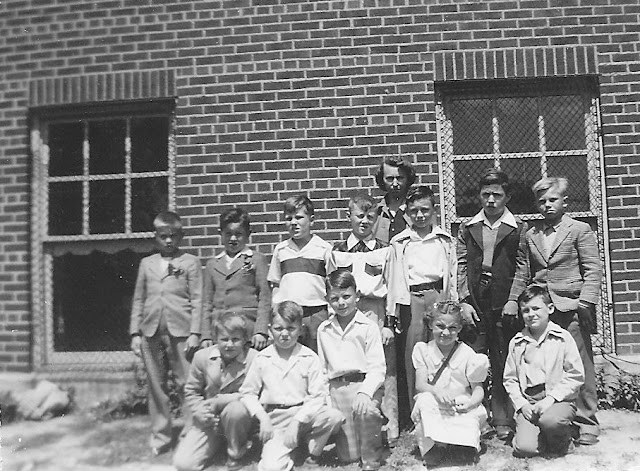 From Don Elias:  Photo #4 -  I cannot identify the adult or any of the children except that the boy in the front row on the left looks like a Trpkosh. 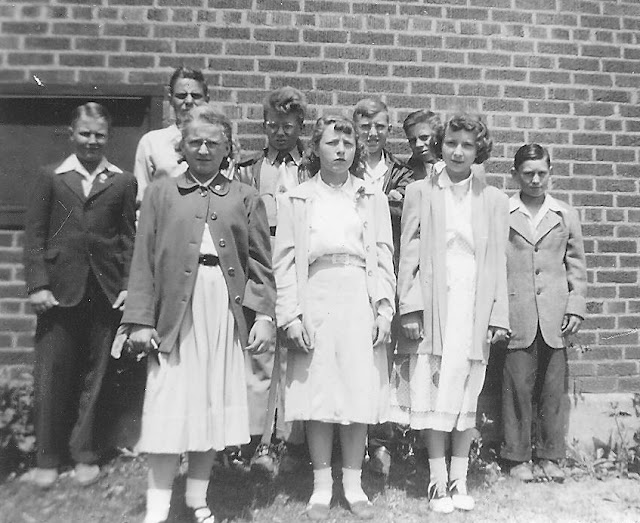 From Don Elias:  [Jappa School in the background]
Photo #5 - The 3 girls in front are
Joan Tessman (I think)
Rita Becicka
Karen Clark
The boys in back are
Larry Trpkosh
Marvin Stastny who was the son of Hubert and Margaret Stastny
Page Worley (although I don't ever remember him with that much hair) who was the son of John and Katherine Worley and later the husband of Shirley Worley.
Norman Rayman (I think)
Denny (or Bruce?) Erenberger
Mike Albaugh