We really don't have a lot of information or photos of Rogers Grove School at the Archives Room. If you have photos or info you can share, please send us an email. (Our email is on the right column.)

The earliest mention of the Rogers Grove School we have found was February 25th, 1864, during the civil war from the Cedar Valley Times, a Cedar Rapids newspaper. It announces that the voters have cast their ballots for Abraham Lincoln. 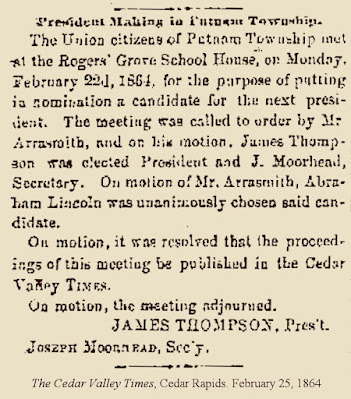 Transcription:
Cedar Valley Times, Cedar Rapids, Thursday, February 25th, 1864
President Making in Putnam Township
The Union citizens of Putnam Township met at the Rogers' Grove School House on Monday, February 22, 1864, for the purpose of putting in nomination a candidate for the next president. The meeting was called to order by Mr. Arrasmith, and on his motion, James Thompson was elected President and J. Moorhead, Secretary. On motion of Mr. Arrasmith, Abraham Lincoln was unanimously chosen said candidate.
On motion, it was resolved that the proceedings of this meeting be published in the Cedar Valley Times.
On motion, the meeting adjourned.
JAMES THOMPSON, Pres't
Joseph Moorhead, Sec'y

Ed Vavra provided the below photo with comments, "The original log school was located at the NE corner of the Ivanhoe and Palisades Access Rd.

Below is the second Rogers Grove school building. This was moved in the late 1920's and the new school constructed in its place. It was located at the NW corner of Ivanhoe Rd and Old School Rd (so named for it)." 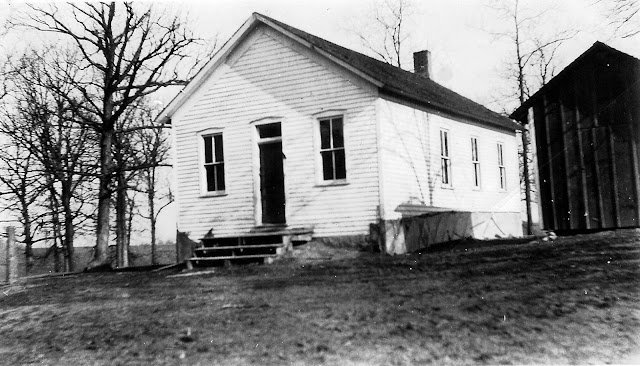 Below are photos of the Rogers Grove School from the Ely History Archives collection. 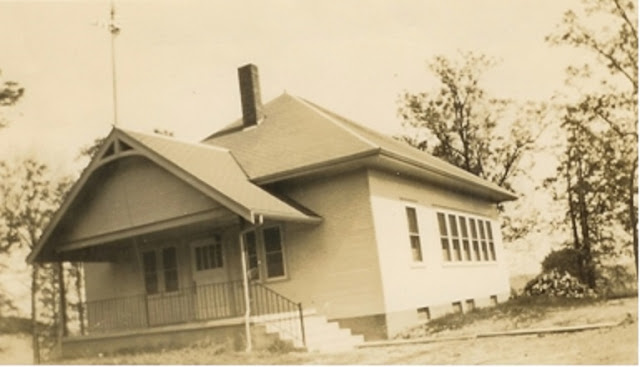 The "new" school house was located on the NW corner of Ivanhoe Rd and Old School Rd.
Year the photo was taken is unknown. 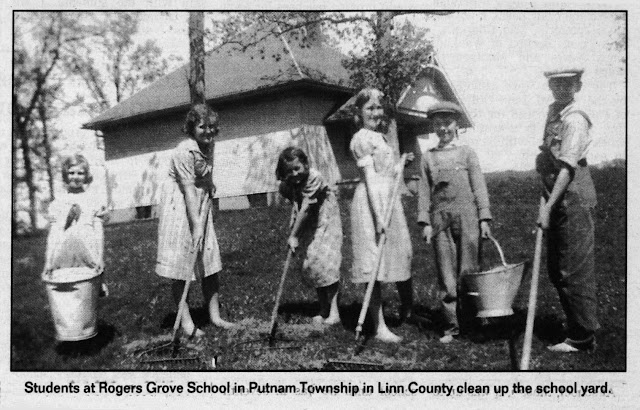 Estimated to have been taken in the 1940s. If you can identify any of these children, let us know! 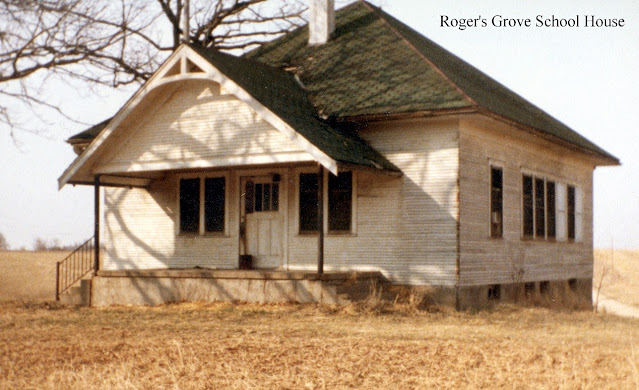 This photo is from about 1981. The school has since been torn down.

The below image is from the 1875 Map of Linn County, State of Iowa (Putnam Township) and in Section 21, near the upper right, is the original location of the Rogers Grove School  and just to the east, the Rogers Grove Church. The church was later the Bohemian Reformed Evangelical Church, a branch of what is now the First Presbyterian Church near Ely. The town of Ely is in the lower left corner. 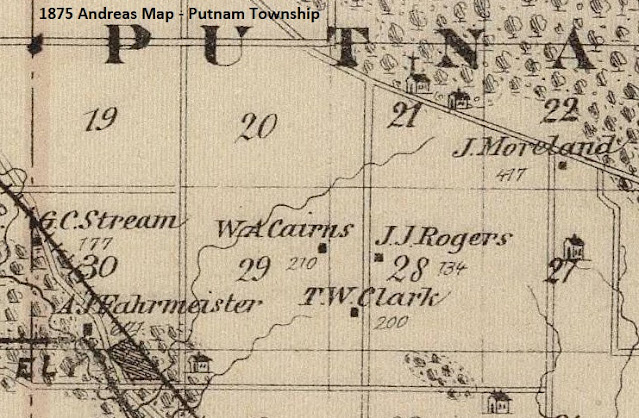 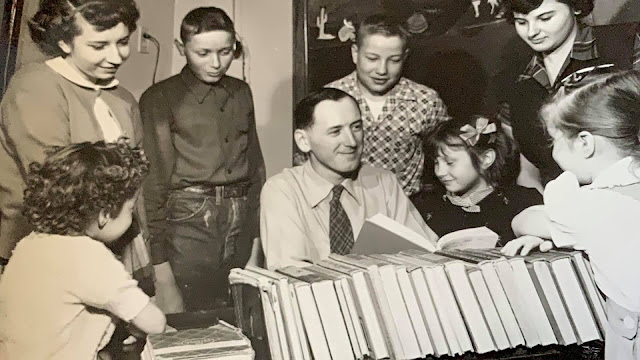 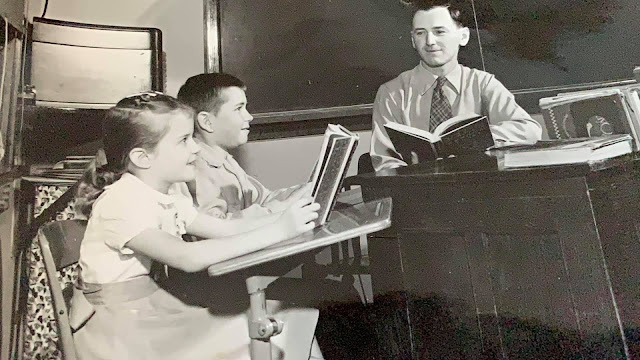 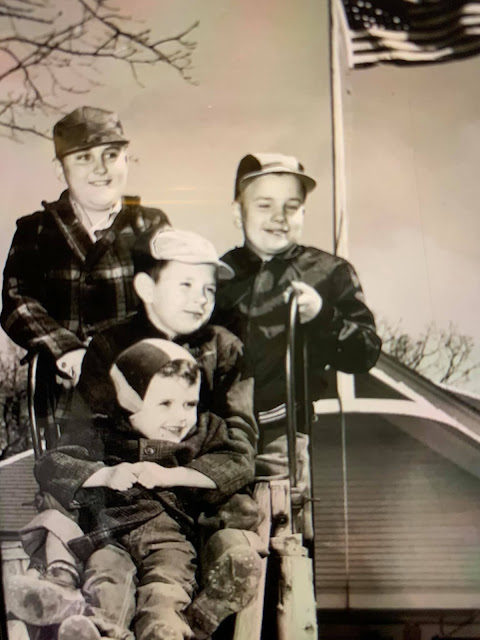 On left is Bill Carson, Lumir Nezerka, and brothers Will and Mark Clark.
. 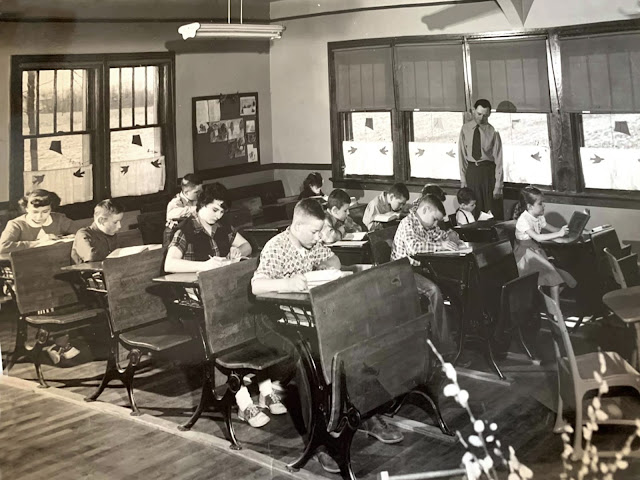