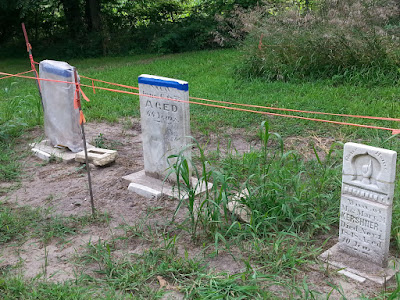 The Kershner area as it appeared August 8, 2015 after considerable work had already been done.
Left , William J. Kershner; middle, Michael Kershner; and right, Rebekkah Kershner.
These stones were originally under ground and broken in several pieces.
Workers found the pieces by probing with rods and unearthed them.
They were later cleaned, pieced together as best possible and re-erected in the cemetery. 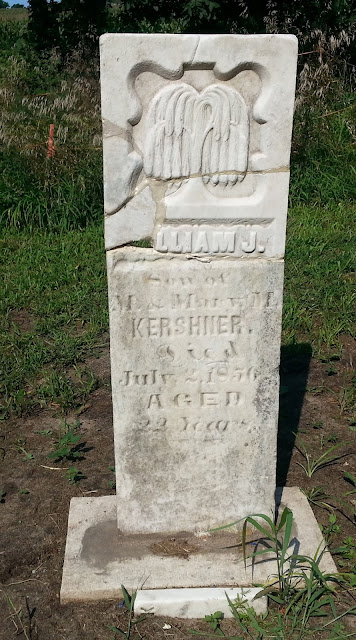 The support on the repaired Michael Kershner stone was removed. 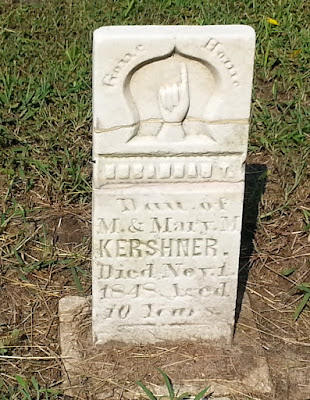 Work continued on the Dennis burial area.  The Isaac and Mary A. Dennis grave stone was placed back on its base.  Two manufactured bases were set in the ground in preparation for returning other stones to their original placement, including the grave of Mary Ann Dennis' mother, Catherine Haynes. (Click photos to enlarge them.) 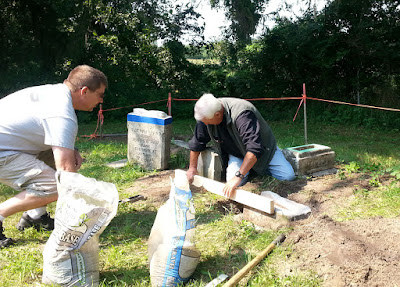 Arlen Nickolan (center), who has restored several pioneer cemeteries near
Riverside, Iowa, came to lend an experienced hand.  Jeff Ward on the left. 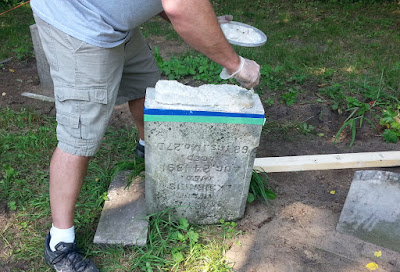 Readying the stone for placement back on the base. 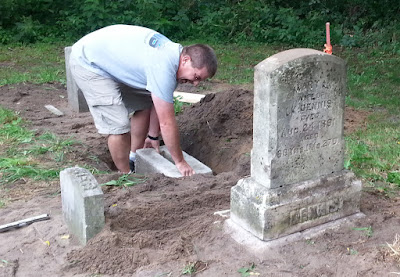 The Isaac and Mary Anne Dennis stone is now on its base.
Jeff is setting a manufactured base in the ground.
Posted by ECHS at 10:01 PM