Work has continued through the summer at Facklers Grove Cemetery. The "Vornholt" area has been completed.   Work on the "Kershner" area is in progress, and the "Dennis" area has been surveyed to determine what needs to be done.  Most of this has been accomplished by Clary Illian and Jeff Ward.  Below are photos showing some of the progress that has been made.

We once again thank all the individuals who have contributed funds toward the restoration of this pioneer cemetery.  We especially want to thank volunteers that have contributed their manpower (or woman-power!) to this project.  We have much that is still left to accomplish!  If you wish to volunteer to help us with the labor, please call Barb at 319-848-4074.


(All photos can be enlarged by clicking on them.) 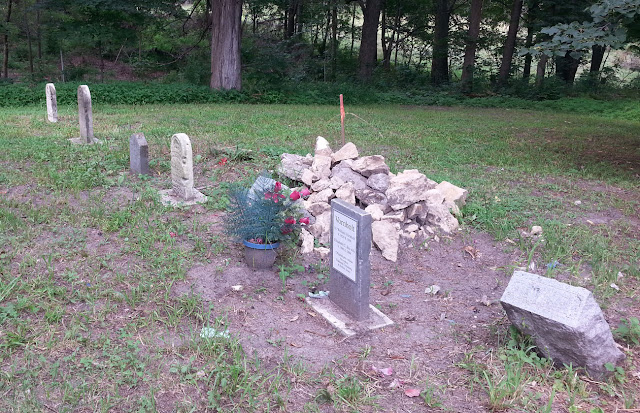 This area is the farthest east in the cemetery.  Gravestones have been cleaned,
repaired where possible, with bases leveled and stones reset. 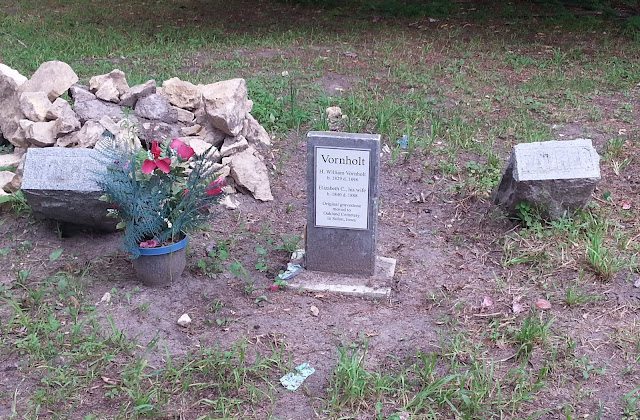 The original gravestone of H. William Vornholt and his wife Elizabeth C. Vornholt was moved by family to Oakland Cemetery in Solon, Iowa some years ago.  ECHS had a plaque made to indicate their place of burial at Fackler's Grove Cemetery. 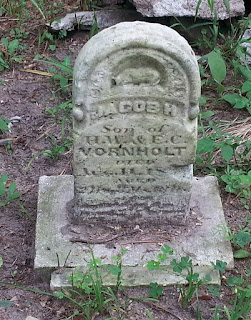 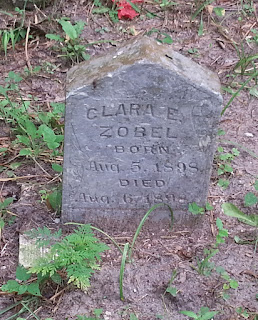 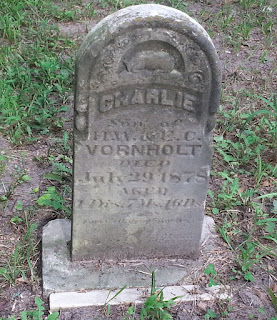 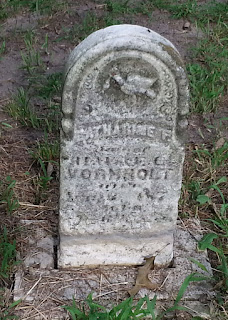 A relative, Sharon Farnsworth reported that "Three of the children who died in the summer of 1878 of Yellow Fever, Charles, Catherine, and Jacob are buried with their parents in Fackler Cemetery."

See a photo of the H.W. and E.C. Vornholt family in a previous blog post. 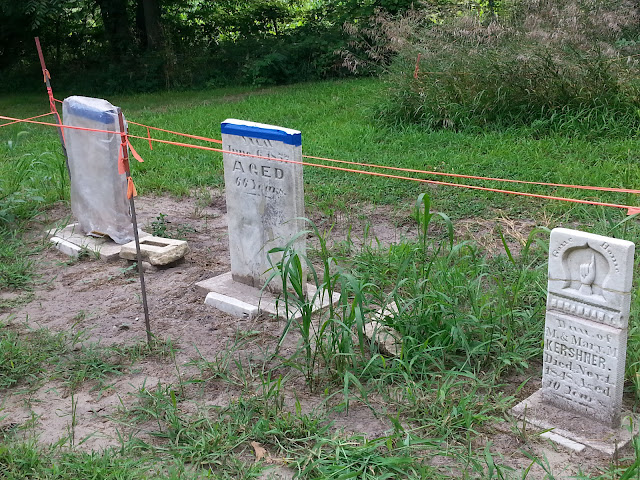 The "Kershner" area was excavated and leveled earlier in the summer by a work crew of volunteers.  Two of these gravestones were under ground.  They have been cleaned, repaired, bases leveled and stones reset.  The two stones with blue tape will have tops attached soon.  On the left is the gravestone of Rebekkah Kershner, daughter of M. & Mary M. who died November 1, 1848, aged 10 years.  The middle stone is her father Michael Kershner.  The stone on the left is Michael's son William James Kershner.  Find-a-Grave listing. 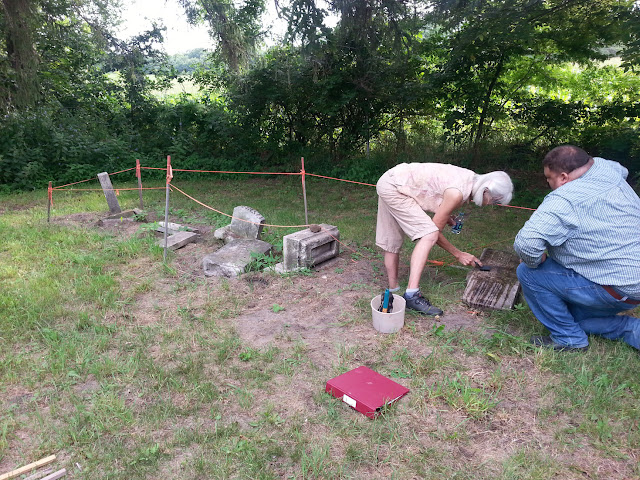 The "Dennis" area has been partially excavated and work will begin soon to reset the bases and repair the gravestones. Clary Illian and Ed Vavra are washing a stone to increase readability.  To see Dennis family members buried here, please go to the Find-a-Grave website. 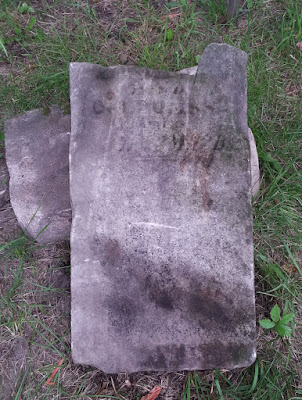 This stone was mostly buried. It is the one being washed with water in the photo above.  It is the gravestone for Catherine Haynes, who died at age 83 in 1882.  Catherine Haynes was Mary Ann Dennis' mother.
Posted by ECHS at 10:38 AM