Recently Ed Vavra, ECHS Board President, received a scan of a line-drawing of the Ely C.S.P.S. Hall from a contact in the Czech Republic.  It appeared in the "Kvety Americke" published in 1887 in Omaha, NE.

Č.S.P.S. stands for "Česko-Slovenský Podporující Spolek" (Czech-Slovak Protective Society). It was a large fraternal organization supporting the welfare of Czech and Slovak immigrants to the United States. It offered a type of insurance for the Czech people.

The Ely C.S.P.S. was located on the north side of Walker Street between Dows and Traer Streets. 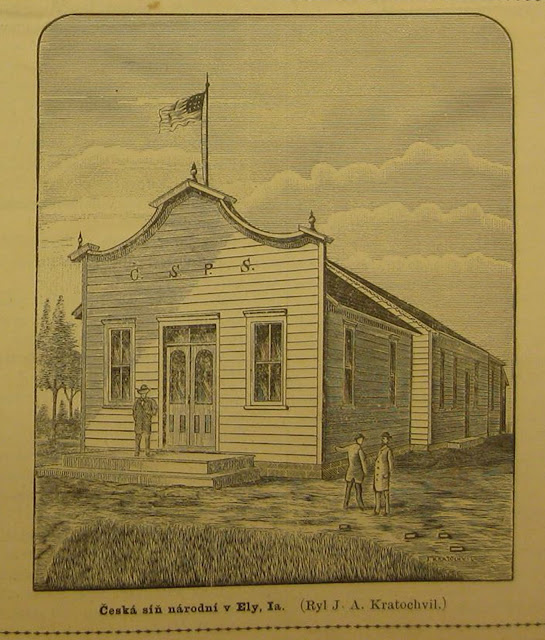 A close-up of the line-drawing (Click the image to enlarge it.)